Esophageal varices are abnormally swollen veins in the lining of the tube (esophagus) that goes from the mouth to the stomach. 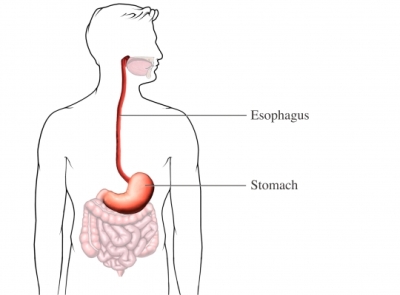 Portal hypertension is when pressure builds in the veins that bring blood to the liver. The pressure causes blood to back up into other smaller blood vessels, such as those found in the esophagus. This leads to varices.

This may happen due to:

Things that raise the risk of this problem are:

A person may not have problems until bleeding starts. Bleeding may not be serious. It may also stop on its own. Signs of bleeding are:

You will be asked about your symptoms and health history. A physical may be done.

The esophagus may need to be viewed. This can be done with:

The goal is to prevent or stop varices from bleeding. Choices are:

Medicines may be given to lower blood pressure or cholesterol. This will help lower the risk of bleeding or slow any bleeding that is happening

Procedures may be done, such as:

A liver transplant is the only way to completely cure esophageal varices.

There are no known guidelines to lower the risk of this problem.