This condition can be life-threatening.

There are two types of respiratory failure: 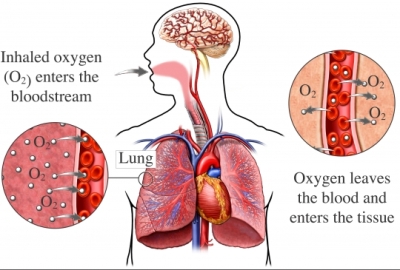 Respiratory failure is caused by conditions or injuries that affect breathing. It may be due to:

Breathing problems make it hard for lungs to move oxygen to blood or remove carbon dioxide.

Things that raise the risk of acute respiratory failure are:

Things that raise the risk of chronic respiratory failure are:

Symptoms depend on the cause. They also depend on levels of oxygen and carbon dioxide in the blood.

A buildup of carbon dioxide can cause:

Tests will check oxygen and carbon dioxide levels in the blood. They include:

Images of the chest and lungs may be done—to look for causes or injuries.

The goal is to improve oxygen or carbon dioxide levels in the body. Treatment depends on how severe the condition is.

The acute type is often treated in a hospital. Steps may include:

Other care may be given. It may ease discomfort or treat some causes. The acute type often goes away once the injury or illness has healed.

The chronic type needs long term care. Oxygen therapy and breathing support will help. Other options may be:

Management of lung illness can prevent or slow respiratory failure. Helpful steps are: