von Willebrand disease (vWD) is a genetic blood disorder. It decreases the amount or the effectiveness of von Willebrand factor. This factor is a sticky protein. It helps to make a plug at the site of an injury to stop bleeding. vWD can lead to bleeding problems. 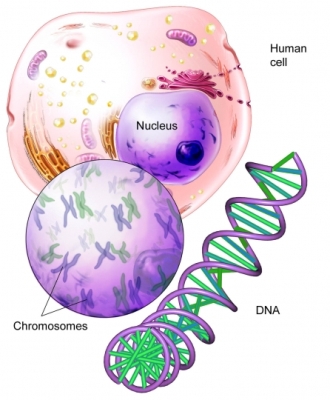 vWD is caused by a gene defect. This defect is most often passed down from the parent.

A child can develop type 1 or type 2 vWD if just one parent has the defect. For type 3, both parents must have the defective gene. Some people may have the gene for vWD without having problems. They can still pass this gene to their children.

The risk of vWD is higher in people with family members who have it. .

Many people with the vWD gene do not have problems. It may be noticed after an injury or a procedure.

Type 3 vWD can also result in serious bleeding with no obvious cause. This type can also cause bleeding into the joints. This can cause joint swelling and pain.

The doctor will ask about symptoms and health history. Symptoms and blood tests will confirm it and find the type.

Many people with vWD do not need treatment for it. If needed, it depends on the type and seriousness of vWD. Most times, treatment is needed while having a medical or dental procedure.

Special steps are taken during childbirth for women with vWD.

vWD is a genetic disease and cannot be prevented.