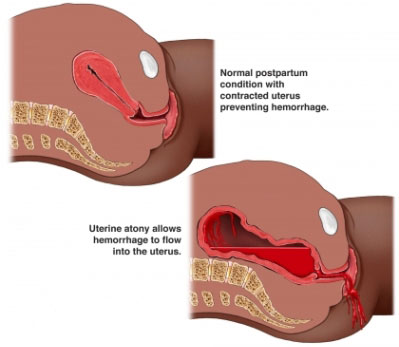 In some women, uterine inversion or uterine rupture may also be a cause.

Things that may raise the risk are:

The main symptom is heavy blood loss after having a child. There may also be swelling and pain in the pelvic area.

Your blood will be tested.

Pictures will be taken. This can be done with an ultrasound.

Treatment is based on how much a woman is bleeding. Options are:

Some women may need surgery when other methods do not help. The type of surgery done depends on the source of the bleeding.