Seasonal affective disorder (SAD) is a type of depression. It is associated with the seasonal changes in light. SAD most commonly occurs in late fall and lasts through the winter and into spring. SAD is more than feeling down, it interferes with normal daily functions during these times. 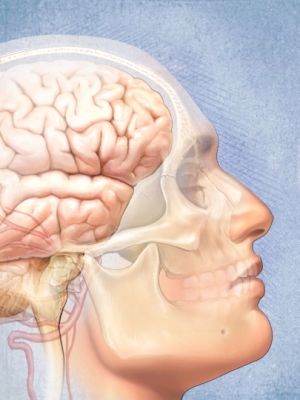 SAD may be caused by fluctuations in hormones and brain chemicals.

The causes of SAD are not completely clear. Some factors that may play a role include:

SAD is more common in women than in men, often appearing in young adulthood. People who live in northern latitudes also have an increased risk of developing SAD. People with a history of depression or bipolar disorder may experience a seasonal worsening in their depression.

Symptoms appear and peak during the winter months. As spring and summer approach, symptoms disappear. SAD may cause:

The doctor will ask about your symptoms and medical history. A physical and psychological exam will be done.

A diagnosis of SAD will only be made if you have some of the symptoms above and:

Light therapy provides a special type of lighting to your body. Therapy includes sitting a few feet away from an ultra-bright light for a certain amount of time each day, usually in the morning. You will be able to read or work during the therapy, as your eyes will remain open. Treatment usually lasts about 30 minutes each day.

There is some evidence that light therapy may be as effective as antidepressant therapy, but with fewer side effects.

Tanning beds are not recommended as a source of light therapy. They give off ultraviolet light, which can increase the risk of cancer. They also have not been proven effective for treating SAD.

Many people find that getting outdoors for a walk each day is also helpful.

Your doctor may prescribe antidepressant medications or supplements.

Therapists can help you learn ways of managing stress and the symptoms of SAD.

cognitive-behavior therapy may be used to change your patterns of thinking. This will allow you to notice how you react to symptoms. You will then learn how to change your thinking so that you can react differently. This can decrease the symptoms of SAD.

If you have SAD each year, your doctor may make suggestions to help prevent symptoms. For example, an extended release version of bupropion or light therapy may be used to prevent SAD symptoms from coming if started before depressive symptoms start.