Cocaine use disorder is when a person keeps using cocaine despite the cognitive, behavioral, and physical problems it causes. It may also cause a person to become dependent.

The powdered form of cocaine can be snorted or dissolved in water and injected. Crack is cocaine in a rock crystal form. It can be heated so its vapors can be smoked.

The cause is not known. Things like genetics, the environment, and peer pressure may play a role.

Cocaine causes the brain to release large amounts of a chemical called dopamine. This chemical causes feelings of joy. Over time, more cocaine is needed to cause the same release of chemicals. This leads to misuse.

How it Affects the Brain 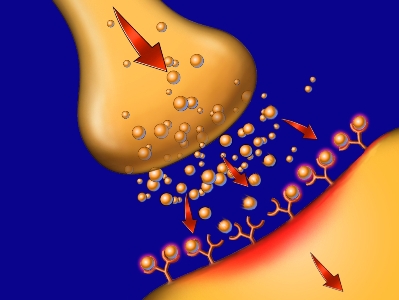 Cocaine helps release a chemical in the brain that causes joy.

Cocaine use disorder can lead to:

With regular use, the body begins to need cocaine to get through the day. A person may get sick when they stop or use less cocaine. It may result in irritability, exhaustion, nausea, vomiting, shaking, and sweating. This can make it harder to stop using.

The doctor will ask about your symptoms and health history. You will also be asked about your cocaine use. A physical exam will be done. This is often enough to make the diagnosis.

Blood, urine, saliva, sweat, and hair may also be tested to look for signs of cocaine use.

The first step is to stop using cocaine. This is also known as detox. The second step is to change behaviors to stop from using the drug again.

It can take some time to recover. Treatment may be given in a rehabilitation program. Many people may need to be treated several times. It may include one or more of the following:

Medicines may be given to ease withdrawal symptoms and lower the risk of using again. Common ones are:

Narcotics Anonymous is a 12-step program. It helps to support people who are recovering from cocaine use disorder.

The best way to prevent cocaine use disorder is to never use cocaine.

Kampman K, Jarvis M. American Society of Addiction Medicine (ASAM) National Practice Guideline for the Use of Medications in the Treatment of Addiction Involving Opioid Use. J Addict Med. 2015 Sep-Oct;9(5):358-367.