Arsenic toxicity is exposure to toxic amounts of arsenic. Arsenic is a naturally occurring element in the earth’s crust. It has no smell or taste. If you suspect you have been exposed to arsenic, contact your doctor right away.

There are 2 primary forms of arsenic:

Arsenic occurs naturally in soil and minerals, and may enter the air, water, and soil. It is also used:

Arsenic toxicity may occur when a person is exposed to toxic amounts of arsenic by:

Arsenic Can Be Inhaled into the Lungs 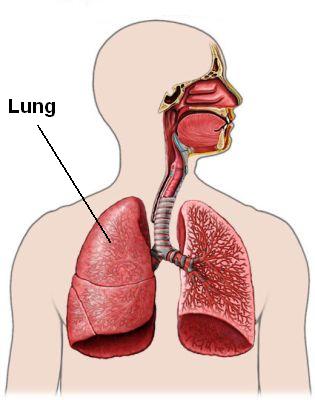 Some people are more likely to be exposed to arsenic, but it can occur in anyone. Factors that may increase your chance of arsenic exposure include:

In addition, children may be more susceptible than adults to the health effects of arsenic. There is some evidence that arsenic exposure may harm pregnant women and their unborn babies.

Ingesting high levels of arsenic can result in death. Arsenic has also been linked to increased risks of cancer of the lung, skin, bladder, liver, kidney, and prostate.

Symptoms of acute arsenic exposure generally occur within 30-60 minutes after ingestion. These may include:

Symptoms of chronic arsenic exposure include:

In addition, people exposed to arsenic may be at a greater risk of developing heart disease.

You will be asked about your symptoms and medical history. A physical exam will be done. It can be difficult to make a diagnosis of arsenic poisoning because symptoms are so varied. If you have concerns about arsenic causing symptoms in yourself or a family member, talk to your doctor.

Your bodily fluids and tissues may be tested. This can be done with:

There is no effective treatment for arsenic toxicity. There is increasing evidence that chelation therapy may benefit some people who were poisoned with arsenic. Chelation therapy involves putting a chemical called a chelating agent into the bloodstream. The chelating agent combines with a toxin to help remove it from the body. Chelating agents may be given by pill or by injection.

If chelation is not indicated or is ineffective, your treatment will be designed to help manage and control your symptoms. Treatment may include IV hydration, for example.

To help reduce your chances of getting arsenic toxicity: