Ejaculation occurs when a man reaches sexual climax and semen is ejected from his penis. Premature ejaculation is:

Many men have premature ejaculation at one time or another. It is only a problem when it happens often.

Ejaculation happens after a certain degree of sexual stimulation. Men can take steps to delay the process. Premature ejaculation often happens when a man is not able to recognize that he is about to ejaculate.

Psychological factors may also lead to premature ejaculation. This may include problems with a partner, guilt about sex, or fears related to sex.

In rare cases, premature ejaculation can be caused by: 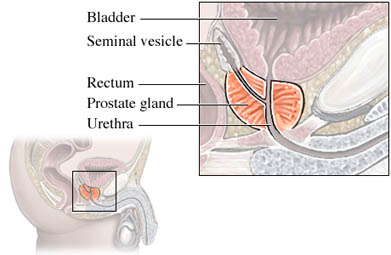 Things that may increase the chance of premature ejaculation include:

Regular premature ejaculation is the only symptom.

Premature ejaculation cannot be diagnosed until symptoms are shared with the doctor. The doctor will ask about symptoms and past health. A physical exam will be done.

The doctor may look for medical causes if this is a sudden change or it is causing severe problems. Other medical issues or treatments will also be reviewed for a possible link.

The goal of treatment is to stop or decrease the number of events. The choice of treatments will depend on individual needs. Choices may include:

To help recognize when ejaculation is about to happen and how to delay it. Steps may include:

Counseling may be offered for an individual or for a couple. It can help with fear, guilt, or relationship problems.

A desensitizing cream may help. It is put on the penis to lessen sexual stimulation.

Some antidepressant medicine may also slow the process to ejaculation. They do not cure the cause of premature ejaculation.

To help reduce your chances of premature ejaculation:

Sex & U—The Society of Obstetricians and Gynaecologists of Canada
http://www.sexandu.ca