Encephalitis is inflammation of the brain. Certain mosquito-borne viruses can lead to encephalitis. Examples of these viruses include: 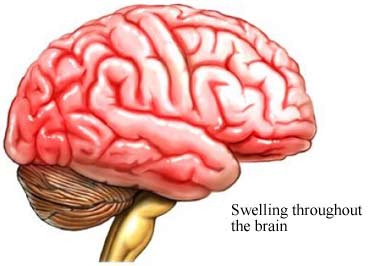 The most common cause is being bitten by an infected mosquito. There are other, rarer causes such having a blood transfusion with infected blood.

The greatest risk factors are spending time in areas where mosquitoes are present and not using insect repellent.

People who are age 50 years and older and those with a weakened immune system have a higher risk of developing serious symptoms.

Most people who become infected with one of these mosquito-borne viruses do not develop any symptoms.

If symptoms do occur, they are generally mild and may include flu-like symptoms such as:

While rare, a small percentage of people develop encephalitis and have serious, life-threatening symptoms such as:

In addition to taking your medical history and doing a physical exam, your doctor will ask you:

A blood test is commonly used to confirm the diagnosis of a mosquito-borne virus. Depending on the symptoms that you have, your doctor may order other tests such as:

Treatment focuses on supportive care such as taking pain-relieving medications and fluid replacement to avoid dehydration.

Severe symptoms require hospitalization for treatment, which may include:

The best way to reduce your chances of getting mosquito-borne viral encephalitis is to avoid being bitten by mosquitoes. Steps that can help include:

Mosquitoes can contract viruses by biting infected birds. If you see a dead bird, call the public health department. Do not touch the dead bird unless you are wearing disposable gloves.