Pityriasis rosea is a common skin rash. The rash is scaly and reddish-pink. It may first appear on the back, stomach, or chest. The rash can then spread to the neck, arms, and legs.

The cause of pityriasis rosea is unknown. It may be caused by viruses or a certain medication, such as antibiotics or heart medications.

Pityriasis rosea occurs most often in children and young adults. It is more likely to occur in the spring and fall.

Before a rash appears, the first symptoms may be similar to the common cold. They may include:

When the rash appears, symptoms may include:

You will be asked about your symptoms and medical history. A physical exam will be done. Pityriasis rosea can usually be diagnosed by looking at your rash. You may be referred to a doctor who specializes in skin disorders (dermatologist) if the rash is difficult to identify.

Testing is usually not needed, but your bodily fluids and tissues may be tested if the diagnosis is uncertain. This can be done with: 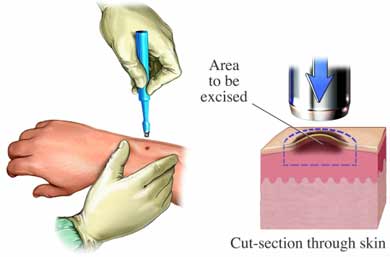 There is no cure for pityriasis rosea. The rash may last for several months. It will usually go away on its own.

Treatment may be able to relieve some of the symptoms, such as itching. Treatment options include the following:

Medications to relieve itching and inflammation caused by pityriasis rosea include:

There is no known way to prevent pityriasis rosea. It does not spread from person to person. It is not likely to recur. This rash does not leave permanent marks. However, some people with dark skin may have some skin discoloration. This will usually fade with time.