Factitious disorder may be confused with another type of mental disorder called somatoform disorder. If a person has this disorder, then they are not pretending to be sick. The person really believes that there is something physically wrong. However, the symptoms are actually due to psychological issues.

Factitious disorder is also different from malingering, which occurs when a person pretends to be sick for some kind of clear benefit, such as money, food, or housing. 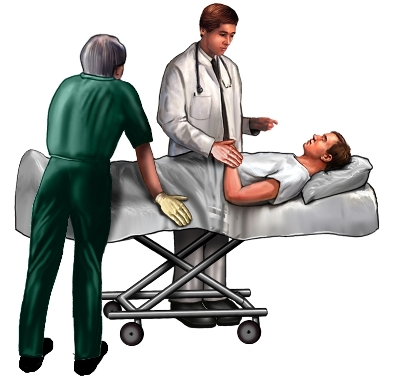 The exact cause of factitious disorder not known. However, it may be a mixture of biological and psychological factors. Some possible causes may include:

Factitious disorder is more common in people who are young or middle aged.

Factors that may increase your risk of factitious disorder include:

It is difficult for a doctor to diagnosis a factitious disorder. People who have this disorder become skillful in pretending to have illnesses. The doctor also has to rule out any real physical condition that the person may have.

If the doctor determines that there is no physical cause for the symptoms, then the person may be referred to a mental health expert. This expert can then rule out other psychological conditions, like somatoform disorder and malingering. The person may become hostile and not want to work with a psychologist. However, there are strategies that the doctor can use to act in a way that is more supportive and helpful. The person can be encouraged to seek mental health treatment.

Factitious disorder is difficult to treat. The person may resist getting help. In some cases, the person may agree to work with a mental health expert. Psychotherapy or behavior therapy may be helpful. If the person has any other conditions, like depression, anxiety, or other mental health problems, these can be treated as well.

There are no current guidelines to prevent factitious disorder.