Botulinum toxin is a highly toxic substance. Even a small amount is deadly. It could possibly be used as a weapon. When used as a weapon, the toxin could be put into the air or the food supply.

The toxin can also be used to treat other health conditions.

A certain bacteria makes the botulinum toxin. The toxin poses a great threat. It is easy to make and move around. Only 1 gram that is evenly released and breathed in could kill 1 million people.

The toxin has no color or odor. It cannot be passed between people. 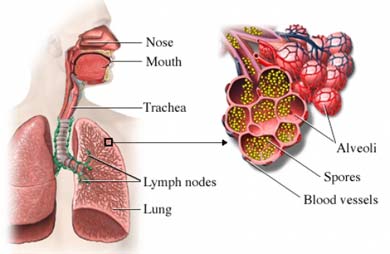 The risk of botulism is higher for those who had:

Symptoms from an attack would start within 12 to 72 hours. A food attack could start problems within 2 hours or as long as 8 days after eating the toxin. The seriousness of the illness depends on how much gets into the body.

The doctor will ask about symptoms and past health. This may be enough to suspect botulism. Tests will be done to rule out other conditions and confirm the cause. This may include:

Public health officials will work quickly to find the source. They will set up testing and care.

Treatment will start right away—even if test results are not ready. Hospital care may be needed for weeks or months. It depends on how severe the illness is. Treatment may involve:

A vaccine is given to those who work in a lab or in the military.

The antitoxin would likely be given first to those with signs of illness.

An attack would likely happen without warning. This makes it hard to prevent illness. Covering the mouth and nose with clothing or a towel may offer some defense.