How to Say It: He-moe-feel-ee-uh

Hemophilia is a group of bleeding disorders. Blood clotting factors are needed to stop bleeding. They are low or missing in people with hemophilia.

The most common types are:

A faulty gene on a certain DNA strand causes hemophilia. Females carry 2 copies of the strand. If one is faulty, the other one takes over. The faulty gene can pass to their children. If so, the female child will carry the gene. If it passes to the male, they will get the disease because they carry one copy of the strand.

It is possible for a female to get the disease. They would have to get the faulty gene from both parents. 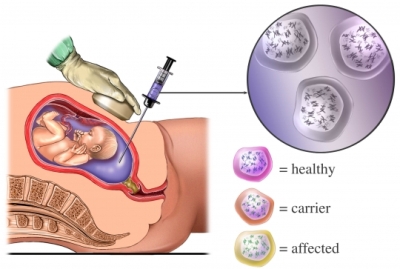 Hemophilia is more common in males. The risk is higher in people who have family members who have it.

Symptoms differ based on severity. Bleeding is the main issue. It is often related to an injury or surgery.

The doctor will ask about your symptoms and health history. A physical exam will be done. This may point to hemophilia.

Blood tests may also be done to see how well the blood clots. These tests will also look for low or missing clotting factors.

The goal of treatment is to help the blood clot properly. Choices are:

There are no known guidelines to prevent this problem.