Histoplasmosis is a fungal infection. It usually affects the lungs. It ranges from mild to severe. People with severe or long lasting symptoms need treatment. 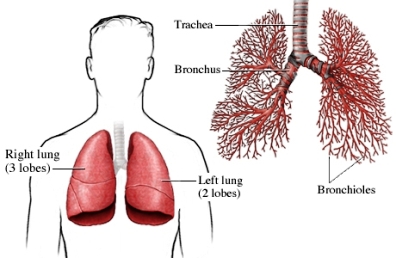 Histoplasmosis is caused by a certain fungus. It is found in soil contaminated with bat or bird droppings. When the soil gets stirred up, the fungus gets into the air. People can get infected when they inhale the fungus.

Things that raise the risk of histoplasmosis are:

Some people will not get infected, despite contact with the fungus.

Others may be at risk for serious and lasting problems. They include people who:

Histoplasmosis often does not cause symptoms. When symptoms happen, they may be:

Tests depend on the type and severity of symptoms. Tests look for the fungus and other problems. They may include:

Pulmonary function tests may be done to check lung function.

Imaging tests may be done to see areas of infection. They may include:

Treatment is often not needed for those with mild or no symptoms.

Antifungal medicine may be needed if symptoms last for more than 1 month. It may be used for life in those with weak immune systems.

Surgery may be used if growths develop in the lungs.

The risk of histoplasmosis may be reduced by: