Iliotibial band syndrome (ITBS) is pain on the outside of the knee. The iliotibial (IT) band is a band of tissue that runs from the hip and attaches to the shinbone. Overuse can cause irritation.

Tendons of the Lateral Knee 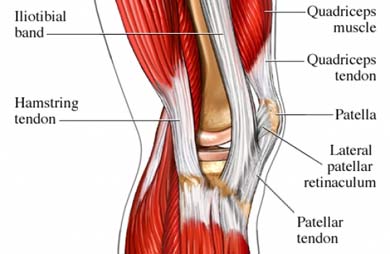 ITBS is caused by repetitive bending and extending of the knee. This can irritate the IT band the tissue around it.

It may also be caused by structural problems, such as having a tight IT band.

This problem in more common in people who do activities with repetitive motions. Examples are running, cycling, rowing, soccer, and basketball. Other things that may raise the risk of ITBS are:

The doctor will ask about your symptoms, health history, and the activities that you do. A physical exam will be done. It will focus on your IT band. This is enough to make the diagnosis.

Images may be taken to confirm the diagnosis. This can be done with:

The goal is to ease pain and improve movement. This may be done with:

Surgery may be done if other methods have not helped. Part of the IT band may be removed.

The risk of ITBS may be lowered by: