Vaginal bleeding is common in the first 20 weeks of pregnancy. It is often nothing to worry about. 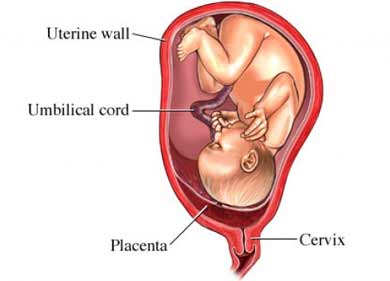 Bleeding has many common causes, such as:

The factors that increase the risk of bleeding depend on what is causing it to happen.

The amount of blood and the way the blood looks will depend on the cause.

You will be asked about your symptoms and health history. A physical exam will be done. A pelvic exam may also be done.

Blood tests may be done to check hormone levels.

The belly and vagina may need to be viewed. This can be done with an ultrasound.

Treatment depends on the problem that is causing the bleeding. Bed rest, monitoring, and medicine may be needed. Some women may need surgery.

Some causes of bleeding cannot be prevented. Getting early and regular prenatal care can help find and treat some problems before they happen.

Avoiding smoking, drugs, and alcohol can also help lower the chances of bleeding.