Cerumen is the soft yellow wax made by glands in your ear canal. It is more commonly known as earwax. Cerumen impaction is a buildup of earwax that becomes wedged in, blocking the ear canal. 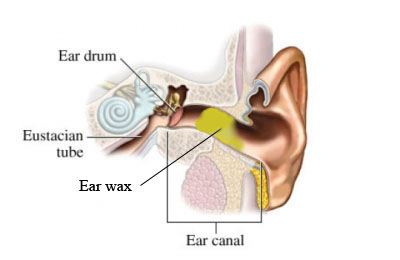 Cerumen impaction is usually caused by:

Cerumen impaction is more common in older adults. It can cause hearing loss.

Other factors that may increase your chance of cerumen impaction include:

Treatment involves removal of the earwax from the ear canal. Cerumen can be removed by:

Earwax moves out of your ear naturally. Earwax should not be removed by you. In fact, continuously trying to clean your ear of cerumen by using a cotton swab, for example, can damage your ear. By trying to remove earwax, you can:

To help reduce your chance of cerumen impaction: