Gallstones form when cholesterol or bile, which is stored in the gallbladder, hardens into pieces of stone-like material. 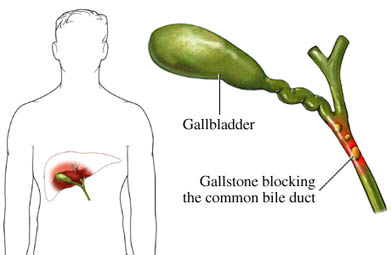 Gallstones can block the normal flow of bile if they lodge in any of the ducts that carry bile from the liver to the small intestine. Bile trapped in these ducts can cause inflammation in the gallbladder, the ducts, or, rarely, the liver.

Gallstones can cause several related problems including:

Gallstones are a common medical problem. About 10% to 25% of the adult population of the US has gallstones. However, about 80% of people who have gallstones have no symptoms. This condition is referred to as silent gallstones and usually does not require treatment.