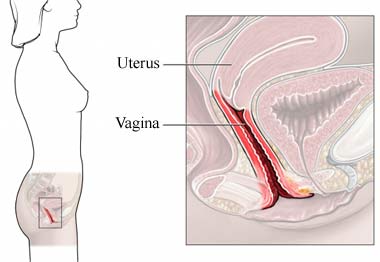 PMB may be caused by several factors. These may include:

Some medical conditions and medications you take can increase your chances of having PMB.

Vaginal bleeding is a symptom of PMB. Your doctor can determine what condition is causing the bleeding and whether it is serious. If you have PMB, you should see your doctor.

Tests will be done to find the cause of the bleeding. Tests may include:

Your doctor may need cell and tissue samples. This can be done with:

Talk with your doctor about the best treatment plan for you. The first priority is ruling out cancer. Treatment will depend on the findings of your tests and the cause of the bleeding. For instance, if your tests show signs of cancer, you will be referred to an oncologist, a doctor who specializes in treating cancer.

There are no current guidelines to prevent PMB.

Society of Obstetricians and Gynaecologists of Canada
https://sogc.org