The early stages of cirrhosis often produce no symptoms. As scar tissue replaces healthy cells, the liver begins to fail, and symptoms may become evident. The severity of symptoms depends on the extent of liver damage.

Because the liver is crucial for so many metabolic activities, cirrhosis impacts a wide range of the body’s functions, including nutrient and hormone metabolism, blood clotting, and processing of ammonia and other toxic wastes. Many of the symptoms of cirrhosis are directly related to disruption of these functions. However, most of these symptoms can also be caused by other conditions, so it is important to consult with your doctor if you experience any of these symptoms, particularly if you have risk factors that increase your likelihood of developing cirrhosis.

Early symptoms of cirrhosis include:

Early symptoms in men may include:

Symptoms become more pronounced as cirrhosis progresses. In addition, complications may produce other, potentially life-threatening symptoms of the disease. Later symptoms, some of which are due to complications, include: 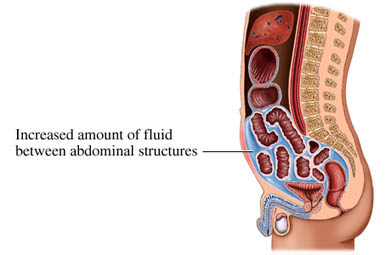