Both the precancerous changes in the cells ( cervical dysplasia) and the earliest stages of cervical cancer have no symptoms. Symptoms may not appear until the cancer is in advanced stages. If you experience any symptoms, do not assume it is due to cancer. Many symptoms can be caused by other, less serious conditions. However, it is still important to discuss them with your doctor. Early detection and treatment improve outcomes for both cancer and other health conditions.

The most common symptom of cervical cancer is abnormal bleeding. It may include: 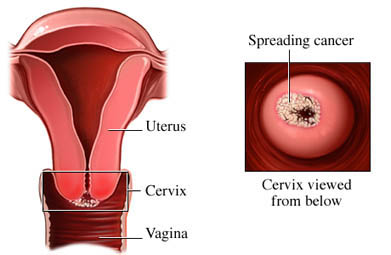 Later stages of cancer may cause: