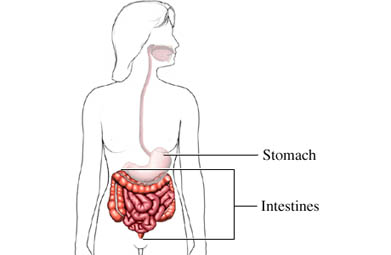 Ischemic bowel disease may cause:

Tests may include the following:

Treatment options depend on the severity of the ischemia and include the following:

Bowel rest and intravenous fluids are given in mild cases without significant progressed damage to the bowel.

Antibiotics are administered to minimize infection, which can quickly complicate an ischemic bowel.

In more severe cases, surgery is required to remove the ischemic colon.

To help reduce your chances of ischemic bowel disease: