Eosinophilic esophagitis is an inflammation in the esophagus due to an overreaction of the immune system. The esophagus is the tube that delivers food from your mouth to your stomach. The swelling can make it difficult to swallow. 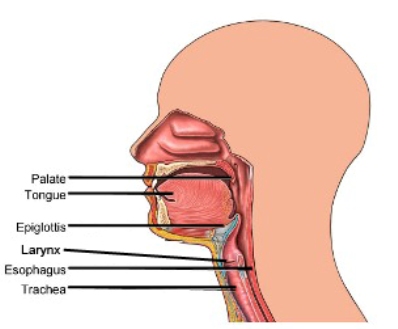 It is not completely clear why eosinophils appear in the esophagus. It is believed to be associated with a reaction to environmental or food allergens.

Eosinophilic esophagitis is more common in males but can occur in females.

Factors that may increase your child’s risk of eosinophilic esophagitis include:

Heartburn (gastroesophageal reflux disease) can also cause swelling and similar symptoms. However, the swelling should decrease once the heartburn is managed. The swelling will continue with eosinophilic esophagitis.

You will be asked about your child’s symptoms and medical history. A physical exam will be done.

If eosinophilic esophagitis is suspected or the cause of symptoms is not clear the doctor may recommend an endoscopy. An endoscopy uses a special scope to view the tissue of the esophagus. The doctor can also take samples of tissue, called a biopsy, from the esophagus. The sample is then examined at a lab, where eosinophils can be seen.

Your child may also be sent to a specialist for diagnosis or treatment.

Eosinophilic esophagitis cannot be cured but certain steps can help manage the symptoms. Options include:

Eating certain foods or swallowing and inhaling allergens like mold, pollen, or dust can worsen swelling. Skin prick testing, patch tests, and blood tests may help identify specific food and environmental allergies. An elimination diet may also help determine if foods are causing the swelling. This type of diet works best if supervised by a dietitian or physician.

There is no specific treatment for eosinophilic esophagitis. Medications that may be used include:

There are no current guidelines to prevent eosinophilic esophagitis.