Porphyria is a group of disorders. The disorders lead to a buildup of porphyrins in the body. Porphyrins help to make a part of the red blood cell. Excess amounts of porphyrins can cause damage to your body. It most often affects the nervous system and skin. 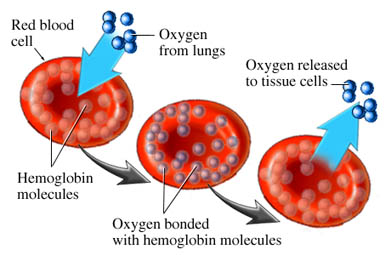 Some porphyria disorders include:

Most types of porphyrias are inherited through genes. They may be passed on by 1 or both parents.

Caucasians are at greater risk for porphyria. Women are also at increased risk, because porphyria is related to the menstrual cycle. The most common risk of porphyria is having a family member with the disease.

Porphyria attacks may be triggered by:

Porphyria can cause skin or nervous system problems. Urine may also be reddish in color or darken after standing in the light. Other specific symptoms will depend on the type of porphyria.

Nervous system symptoms occur most often after puberty. Nerves of the intestines can cause gastrointestinal problems. Attacks can last from days to weeks. Symptoms may include:

This is the most common porphyria. Most are not inherited. They are acquired at some point.

Symptoms are primarily in the skin and increase with sun exposure. Symptoms may include:

Skin symptoms may occur before or during sun exposure. Symptoms include:

This form is rare.

You will be asked about your symptoms. A medical and family history will be taken. A physical exam will also be done.

Your bodily fluids and waste may be tested. This can be done with:

For all types of porphyria, treatment includes the following:

Porphyria that affects the skin requires special attention to protect the skin from injury and/or infection.

Additional treatment depends on the type of porphyria:

You may need to be hospitalized during an attack. Your doctor will work with you to determine what triggered the attack. Common triggers include:

Treatment for acute intermittent porphyria may include:

Your doctor may need to identify the triggers. Common triggers include:

Treatment of porphyria cutanea tarda may include:

Erythropoietic protoporphyria may also be triggered by dieting or fasting. Your doctor will discuss a healthy diet plan.

Genetic testing may identify people at risk for porphyria. If there are people in your family with porphyria, you may be at risk. The counselor will help find the risks for this disorder in you and your offspring.

National Institute of Diabetes and Digestive and Kidney Diseases
http://www2.niddk.nih.gov