Alzheimer disease is a disorder of the brain. It leads to a loss of the ability to think, reason, and remember. Symptoms can change from day to day, but over time the disease worsens. Alzheimer dementia is when a person is no longer to care for him or herself. 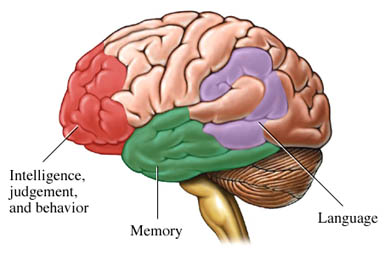